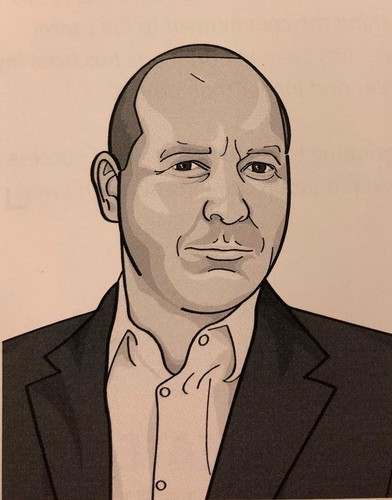 Greg is the co-founder and MD of Encore Personnel the fast-growing “blue collar” industrial recruiter.

I met Greg at the swanky GNH Bar in London.  This boy from Brum is a football fan (life long Villa supporter for his sins) but has the build of a rugby player and a calm and welcoming manner; the proverbial gentle giant!

Recruitment at the Raw End

Greg celebrates 30 years in recruitment next year and began with a high street recruiter in Nottingham. “Back then it was a very different world and I was often asked to supply “only females” or “no blacks”. My focus was always on supplying the best candidate for the role and it is important not to forget those unenlightened days and that we have, as an industry, come a long way.”

He worked hard (12 hour + days and 07.30 starts) and became a manager for the company. He joined Staffline in 1987, then a fledgling business doing £1million turnover. His hard work, people skills and focus saw him rise up the ladder and 13 years later he was Operations Director and the business was delivering a turnover of £27million.

Opportunity out of Crisis

It was at this point that Greg had the opportunity to be part of a private equity-backed buy out of the business. He saw it as a great opportunity and invested his money and worked with 4 external managers who were buying in (a “BIMBO” in the jargon). Unfortunately, he couldn’t have predicted what followed: “I had a young family and was passionate about the business and having an equity stake motivated me enormously. A business is also about values and shared vision; in fact, it’s the glue that holds a recruitment business in particular-which has no “tangible assets” and does not manufacture anything-together for the long term. Unfortunately, there was a profound conflict in values between myself and the incoming team.”

Due to this conflict, there was a deep impact on morale and there was staff exodus.  “I had reached a crossroads in my life. I decided to take the plunge and begin my own business with my co-founders and Encore was born. But it was the darkest time of my life; there was litigation with my former business and it felt as if Encore would be stillborn. Fortunately, we reached a settlement and then decided to do whatever it took to make Encore work for us, our staff and our clients.”

Determined to ensure that he would always value people at the centre of Encore Greg set up the business to give all a stake in its success. “From our very early days we wished to re-create the partnership ideals similar to John Lewis Partnership. So we set up an employee share ownership scheme. Therefore, everyone who works for Encore owns Encore and we believe this means that they really care about the service and experience we give our customers. We think that this makes the Encore difference”
Today Encore, whilst branded as a blue collar specialist, is experiencing growth in vertical markets such as Renewables and energy. It is a business that places 2800 workers each week, is smashing its budget forecast for 2014 and expects to deliver £48million turnover this year and employs more than 130 people across its 8 locations.

Encore has enjoyed a wealth of accolades including the best company to work for at last year’s REC/IRP awards.  Greg is a respected leader within recruitment and sits on the executive committee of ALP as well as being a non-exec Director with the REC.  One of the personal highlights for this successful entrepreneur and proud father of three teenage boys was recognition from Richard Branson: “Encore was honoured as one of the fastest growing companies in the UK and it was a pleasure to personally be invited to Richard Branson’s house in Oxfordshire as part of this recognition.” Not bad for a boy from Brum!