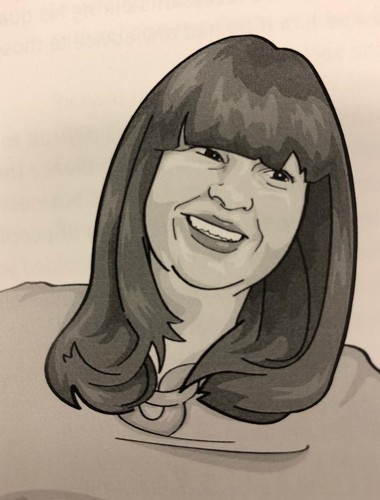 Michelle Watson is the former CEO of Gemini People, a leading agency for the creative, permanent and freelance markets. Launched in 2011, rapid growth has seen the company expand from three people to 60 and earned it awards including MARA’s Best Newcomer and 8th place in the Sunday Times 100 Best Small Companies to Work for 2015.

Watson’s career can best be described as living by being true to oneself, courageous and taking the proverbial road less travelled.

It is November 2008. Lehman Brothers has fallen and markets are plummeting. That month Watson is invited to join the UK Board of Michael Page (PageGroup) the culmination of a 12-year career that she began as a consultant. Yet less than two years later she resigned, with no clear idea of her next career step.

This, however, was not the first time she had taken a leap into the unknown. “I am a survivor and I am driven,” she explains as we meet at Gemini’s offices in the West End. “My drive comes from being born into a working class Irish family, based in Birmingham, and having been encouraged from an early age to develop a hunger to succeed.”

A furious work ethic was evident at a young age, when she decided to get a job after completing her A-levels, rather than going to university. “Since the age of 15 I sometimes worked 20 hours a week in my spare time. I did not want to be an impoverished student,” Watson recalls.

Following her decision, she says, “My mum insisted that I get a “trade” and after replying to an advert for a trainee accountant with the local bus company my career path began!”

She spent nearly the whole of the next  decade as an accountant (later working for Cable and Wireless) and during this period, aged 21, she bought her first home, although that wasn’t without its difficulties. “Around that time interest rates hiked to 14%, but I just about managed to make the mortgage payments!”

In 1995, Watson decided that she was “seriously bored with accountancy” but had no idea what she would do instead. So she met with Michael Page as a potential candidate to see if they could help with her next career move. Seven ‘interviews’ later, over a period of three months, they managed to convince her to join them! Watson says, “The tipping point was when they showed me the company car list -  which featured an MX5 - I signed up that day!”

So was this driven, focused professional an instant success? Not quite. “The first year was really tough,” Watson tells me. “I remember crying a lot! But I had a good manager, the hunger to do the cold calls and work the long hours - 8.30am to 8.30pm - with a 6pm finish on Friday, and so I flourished.”

She had to face a fair few challenges. “I was focused on permanent recruitment in the accounting/finance space, working with SME businesses in the Black Country in the West Midlands,” she says. “I met more than my fair share of sexism. It was thought natural by some that not only would accountants be men, but that a male recruiter would find them!”

Over time, Watson’s leadership skills were recognised and a number of management promotions followed, though it was not plain sailing, Watson admits. “My first management role involved inheriting a team of five, all of whom promptly left! Eventually, I understood the critical importance of hiring like-minded people, with common values as key to successful team building. By my third year in management I had the fastest growing finance recruitment team in the UK.”

Later, during the 2000-03 recession, she set up the Page Personnel brand in the Midlands. This grew rapidly, with five new offices opening in two years. Eventually, this led to Watson’s appointment to the Board of Michael Page and she was rightly proud to have broken the glass ceiling as a female recruitment professional. In 2010, however, after 15 years with Michael Page, she decided she wanted a change of direction, explaining, “I just believe life is too short - I admit I was terrified to walk away from corporate life - yet I also felt a sense of liberation. “

Over the next couple of years Watson and husband Gary (whom she met at Michael Page) decided to start a family and son Archie arrived in 2011. By this time, she was also being approached by people seeking her considerable commercial experience of recruitment. “An ex-employee invited me to advise on a new online recruitment solution - www.thejobpost.co.uk.

“It was lots of fun. I found it inspiring and invigorating to be working with entrepreneurial people; it was far away from the corporate world I had known. In fact, I did not expect to work directly in a recruitment business again.”

She then met James Caan which led to Watson meeting the founders of Gemini and rediscovering her vim for recruitment. She joined as managing director in 2012, and recalls, “I was inspired by the vision for the business and also saw that the markets Gemini was focusing on offered incredible growth opportunities. But above all, I felt that I had found kindred spirits in that the values of the business chimed so deeply. Gemini doesn’t simply place people, we pair like-minded people whose talent and attitudes both complement and enrich.”

Watson helped Gemini in its organisational development and structure and this year was promoted to CEO, while leading the business in its rebrand. It has grown rapidly during her tenure, and like her team she lives the values of taking responsibility, believing in people and also ensuring that innovation and growth are based on honesty and transparency. She says, “We consciously instil a work together, play together and high-performance culture and we believe this ultimately results in happy and fulfilled people.”

There is also a clear and ambitious plan, as Watson reveals, “We aim to secure an MBO on our terms in the next 18 months by 2018 and by 2020 open our first international office.”

As Watson reflects on 20 years within recruitment, across two very different businesses, she speaks with refreshing candour about the sector. “Recruitment is not easy. I remember my first year vividly. I am honest enough to tell newcomers that the rewards are great - but don’t enter with rose tinted glasses. You will have some tough times especially early on and at times you may hate it!”

Her passion for the sector, however, is clear. “I envisage this will be my last role in recruitment. It is a privilege as, having climbed the corporate ladder, I now have the opportunity to help others realise their true potential. I am honestly having the best fun I have had in 20 years in the industry.”

This article was originally published in Recruitment International.