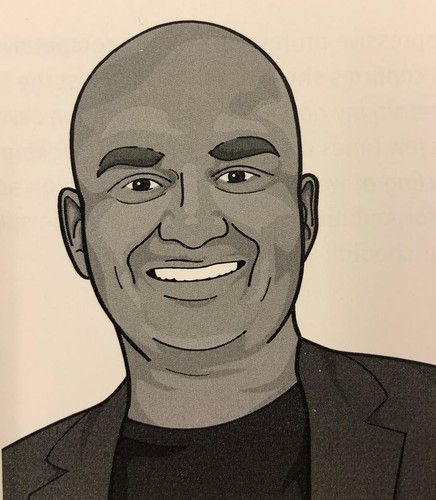 David, co-founder and CEO of Testing Circle, the IT recruiter specialising in software testing solutions, did not commence commercial life as a recruiter. I met him in Mayfair not far from his old stomping ground in the world of gambling and high rollers.

"After I completed my MSC in Management at Manchester University I landed a role with Rank Organisation in London in 1997. It was bright lights and big city and I had huge fun and learned a lot about sales and life!”  David reminisces.
His sauve manner, Hollywood smile and effortless charm make it easy to believe he excelled in that world.

“I was able to generate more than £6million of revenue for the London Casino Estate and remained in that business for 3 years.” David adds.

His entrepreneurial and sales flair took him all over the world for the next few years.  He co-founded Online Gambling Organisation, a multi-platform gaming solution. He relocated to Beverly Hills (living the dream!) and helped raise more than £1million in private funding for the business.

“It was a great few years and the opportunity to work internationally was exciting and rewarding. Unfortunately, due to US legislation relating to preventing online gambling solutions, I sold out my interests and took on other challenges.”

His knowledge of the importance of getting IT/online infrastructure right within the gaming sector alerted him to the potential of supplying testing talent to within the broader software development market.

“Testing has been called “IT’s Invisible Giant” and whilst many commentators have called this the next big thing it- the need to ensure software is optimally functional- has been around for ages” David explains. It is hard to over-estimate the importance of this market and indeed its potential size as technology systems become more complex, the demand for ever swifter and accurate functionality rises and new applications (web-based, mobile and others) for business are created.

“It has been estimated that the software testing market is worth more than $50billion.  Given maybe a third of projects are actually successful and the need to ensure testing  budgets are spent on minimising project failures, I am confident that the market will continue to grow.”

David has brought his commercial and sales acumen from his international business experience within gaming to Testing Circle and helped it to grow. Indeed, Testing Circle grew its revenue from £300,000 to £4million in its first 2 years of business.
“Then came the recession and it was a challenging period for the whole recruitment sector and despite the central mission-critical importance of testing our growth spurt naturally took a hit.”

But given the fundamentals of the testing market in recent years Testing Circle has grown considerably and now delivers a turnover in excess of £7million and has ambitious plans for further growth in the next 24 months. David took the strategic decision to strengthen the Board to help with these growth plans and announced that Jonathan Wright had been appointed as an advisor to the Board. Jonathan is of course very well known as an international recruiter having been Group CEO for Alexander Mann for 10 years. David is delighted with the appointment:  “We see the appointment of Jonathan as integral to realising our ambitious growth plans.”

Testing Circle it should be noted offers a range of services to clients. Its recruitment practice offers talent acquisition services to a number of sectors including financial services, media, mobile and retail. In addition, its consultancy arm offers cost-effective Software and Systems Testing managed services to enterprise and mid-market businesses.

David’s journey in business has taken him all around the world from the world of high rolling gamblers in London to leading a niche recruitment and consultancy business within a multi-billion testing market set to grow further.

Outside of business David and his wife are expecting the arrival of their first child and perhaps that might mellow this charismatic international businessman, but somehow I suspect it will spur him on ever more toward reaching the ambitious plans for Testing Circle.