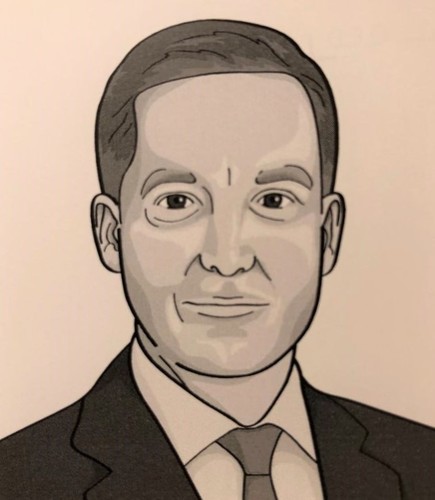 Matthew Eames is founder and CEO of Eames Consulting, an award-winning recruitment and search firm which connects talent at the mid to senior level within the financial and professionals services sectors. It currently has four offices around the world and more than 100 employees. It identifies and delivers talent (ranging from insurance companies and investment banks to global consulting and advisory firms) from auditors to wealth managers, across specific market segments.

I met Eames on a glorious July afternoon and he was in a buoyant mood telling me, "2014 was our best year as a business, we turned over £25m and had 90 employees. The first half of 2015 has seen our NFI increase by 30% on prior year and we are likely to easily exceed £30m in turnover".

I have been fortunate to spend time with Eames in recent months and one is struck by his focus and the clarity of vision for the business. The business has come a long way from a three-man startup in 2002. And all this, after he was seeking to enter the world of recruitment, despite his being rejected by a recruiter for "not being a tenacious enough"; the irony is profound!

But we are running ahead of ourselves. Anthony Robbins, the world-renowned performance coach and advisor to Presidents and celebrities, once said, "It is in our moments of decision that our destiny is shaped".

Arguably Eames's adult life has been marked by three critical (and courageous) decisions that have lead him to where he is today.

The first was a university: "I attended the University of the West of England and studied a financial services degree. Unfortunately, I failed a particular paper twice and was faced with the prospect of having to start again. I had however by then, had two stints of summer work at Lloyd's of London and was keen to start a career, so I decided to leave academic life". His tenacity had already been demonstrated as during university he would travel back to his parental home in Surrey and spend weekends washing cars and mowing lawns (which he had been doing from his early teens) to earn additional income. "I wasn't afraid of hard work," as he puts it.

"From the start I wanted our offering to be defined by specific niches and delivered by consultants who were experts within them."

In addition to the hunger for hard work's rewards, he had already developed a keen insight into the importance of networking: "At the time, my girlfriend's father was a senior underwriter within the insurance market and I sent him my CV and asked him to circulate it. He called me the same day and offered me a job. I started the next day!" This was 1993 and he began on the princely sum of £9,250 a year.

Over the next five years Eames gained exposure to different segments of the insurance market. It was then that he made the second momentous decision of his professional life: "In 1998 I had elevated my earnings to £18,000 and received a bonus of £500 in 1998 after five hard years of work. I looked ahead and whilst the very long-term rewards to sticking to what I was doing were good, they were very long term! I was frustrated to say the least".

A close friend was working in the recruitment sector and advised Eames that he would be ideal for its fast-paced environment. "I stepped back and evaluated my strengths, which included building networks and working hard and frankly I'd had enough of being underpaid. I joined PSD and was promised that I would earn rewards commensurate with my effort. I was sold."

He handed back his £500 bonus and focused on establishing PSD's technology and change management offering within the Lloyd's market and, within two years, was its global top biller. His earnings in his third year were ten times his previous salary as an underwriter...fortunate favours the bold!

He now reached his third momentous career decision, to set up his own business, which he prosecuted with characteristic clarity:

"I told my then boss of my desire to set up on my own. She advised that having been in contract recruitment to date, I would need exposure to permanent and retained methodologies and kindly arranged for me to work within those sections of the business for the next 18 months. I also attended evening classes to learn the key elements of running a business".

"Strategy" is an oft-used (even mis-used) business school term. In essence, it means the choices you decide to make to realise your vision and the way you will offer service in a differentiated way. In their 2013 book "Playing to Win" Lafley and Martin identify the importance of defining how you will establish an advantage over your competition if your strategy has any chance of succeeding.

Eames seems to have done precisely that when he set up Eames Consulting Group in 2002: "My motivation was not the financial returns. Having worked within the insurance market for almost a decade as an underwriter and recruiter I focused on understanding what our customers valued and, importantly how they wanted to be engaged with. From the start I wanted our offering to be defined by specific niches and delivered by consultants who were experts within them."

In fact, the commitment to this vision remains at the heart of the business: "Our core values are more than just words. Everyone across our global offices live our commitment to be a trusted partner who is accountable, credible and equally importantly, ethical," Eames comments, highlighting the business' recent reiteration of its vision and values.

"We've also collected some industry awards and have been nominated one of the Best Companies to work for several times". All this seemed a long way off back in 2002 when Eames Consulting Group begun in a 500 square foot office in Hammersmith with a resourcer and administrator; Eames focused on his strength as a "rain-maker" and the business grew in the UK and internationally.

"We actually grew during the global financial crisis. Our strategy of focusing on the insurance market has enabled us to build a global business, following our clients and establishing offices in Singapore in 2010, Switzerland in 2012 and Hong Kong in 2014. I was comfortable dealing with international cultures and saw so much opportunity having travelled so much as a child as my father was a pilot for more than 30 years," Eames explains.

"We've got plans to grow the existing business and enter new geographies and are always looking for talented, like-minded individuals to join us".

A key part of Eames's growth as a leader has been strengthened his leadership team and constantly develop its offering. "Being an entrepreneur can be lonely and in 2006 I invited Chris Herrmannsen (formerly CEO of TMP and Ochre House) to join the board as non-executive director and his experience has been invaluable. In addition late last year, Guy Day joined us as a global COO; he has lived in Asia for 18 years and previously led the Ambition business."

Outside the everyday bustle of his business Eames has a busy home life with his wife Caroline, and their three children *two boys and a girl, aged between 5 and 12) and he admits to a love of wine ("not only as a consumer but I also invest in wine") and being a dab hand at cooking!

Interestingly Eames's passion for business has expanded and for the last five years, he has been an investor and board member of Brightsparks Recruitment Ltd, which helps students and graduates find temporary work whilst at University and also permanent positions after completing their studies.