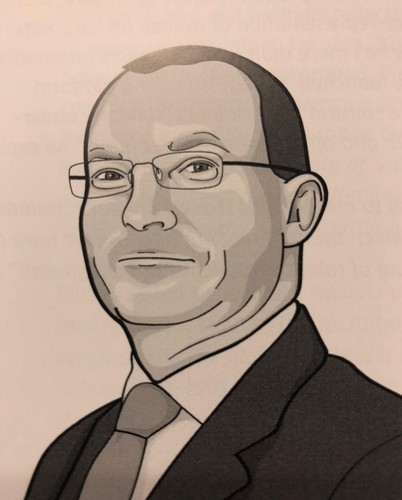 Richard is managing director for Europe and Asia at Volt, the US provider of talent with a global reach. Over 26 years within recruitment has made him a well-known and respected leader and in 2014 he was elected to the APSCO Board for the third time.
Interestingly Richard’s working life encompasses a couple of other sectors prior to his entrée into recruitment.
“I grew up in Surrey and left school at 16. I cannot say I was the most academic schoolboy but the hotel and catering industry appealed so I started a course in hotel management. After the first year, I accepted that I just didn’t want to study and left the course to find a job.
Richard started a job in retail, working for Debenhams. He recalls, “I began as temporary shelf filler, once even standing in as Santa! Working life suited me and I made my way up the ranks and became one of the youngest department managers in the company at the time. I also enjoyed surfing with many trips to Cornwall, Devon, Wales and the South West of France”. Baywatch eat your heart out!
He became restless however and took the bold step of completely changing commercial sectors. Attracted by the excitement and economic potential of the City, he entered the world of financial services sales.
“This was a very sales driven culture with cold calling the foundation of business development. It was a challenge, very different from the relatively reactive retail sales model, and this honed my skills for the move into recruitment.”
This happened in 1988 when he joined Reed Computing in Guildford.
“There was a combination of entrepreneurial ethos and structure that helped me thrive. I was quickly promoted, becoming one of the top three billers within Reed as a consultant and by 1999 was appointed operations director.”
During the next five years, under Richard’s leadership, the business quadrupled its turnover. After 16 years with Reed, Richard left to do something different and joined The Skillsmarket, which was offering innovative digital CV facilities for candidates.
The lure of recruitment, however, was too powerful and he was headhunted in 2005 to join Volt as its director of European Staffing Services.
Richard says, “The move to Volt was something I relished. I had the opportunity to drive the growth of the business across a number of countries in Europe.
Recruitment may appear simple, at its essence it is, but traversing the complex commercial issues that arise from varying cultural and regulatory regimes is anything but simple!”
Richard travelled extensively and unsocial hours visits to Heathrow/ Gatwick were compensated by “having” to visit the Volt office in the Cote d’Azur!
In 2010 Richard was appointed managing director for Europe and Asia amidst the financial crisis which was in full flow following Lehman’s implosion in late 2008.
“Fortunately we had begun to diversify beyond IT &Telecoms into other areas including engineering and Life Sciences. This diversification, alongside our geographical spread, helped us deal with the financial crisis with minimum impact.”
Richard has long been a champion of the recruitment sector and for the continual need to execute ever-higher levels of service (he is a Six Sigma specialist) based on strong ethical foundations. His three stints at APSCO are firmly part of this vision:
“I am privileged to have been elected a third time to serve on the APSCO Committee. I believe APSCo’s work is vital in developing amongst all stakeholders, including the Government, a deeper understanding and appreciation of our sectors worthiness and the value it provides to the economy”.
At a time of considerable scrutiny of the sector, Richard’s words could hardly be more apposite.
Outside work Richard now skis rather than surfs and is a lifelong Spurs fan (a subject he did not want to elaborate upon!). He is also kept firmly on his toes by two teenage daughters; literally when he joined them at the recent Capital Radio Jingletime Ball!
Having worked through at least three recessions during his quarter-century in recruitment I asked him if he had any advice to those commencing a career in the sector:
"Given technological and wider economic trends it is difficult to see recruiters being required to do anything other than enhance their services whilst managing costs carefully. However, this business is fundamentally predicated on understanding the needs of people and that cannot substantively be done by a machine. So, provided you do your job properly and always strive to add value to your clients and candidates you will thrive. It is a fantastic career choice”.