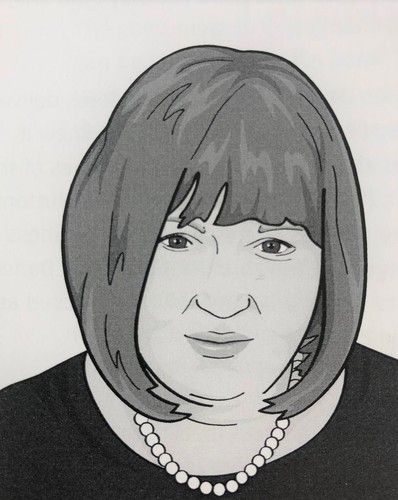 Sue Cooper is chief executive of multi-sector, award-winning agency, Morgan Hunt, which employs more than 230 people across its offices in London, Birmingham and Manchester. With a turnover in excess of £92m and gross profit above £18m (2015), it has a market leading position within public sector verticals and a growing private sector business.

Cooper has been chief executive since March 2016, following more than two years as managing director. The current profound transformation in the public sector offers challenges and opportunities to recruiters but a challenge is nothing new for this charismatic leader, whose recruitment career spans 36 years. Rewind to 25 years ago. 1992, in the teeth of the recession, saw Cooper joined Michael Page to set up Accountancy Additions (now Page Personnel). She recalls, “It was an 18-person start-up with six offices ringing the M25. My front room was our first office and we created the client base with Dirty Dancing playing in the background, to keep my two young children occupied.”

Business minded from the beginning

Although as a child, Cooper variously wanted to be a librarian and then a lawyer – she retains a deep love of books – business has always played a part in her world view. She says, “Growing up in North West London my father was an inspiration, owning his own retail menswear business and being an accountant. He taught me to guess men’s suit sizes at a glance and 95% of the time I was accurate.” Leaving school after her A-levels, Cooper joined the Bank of England within its exchange control department, which, she admits, was very different from the buzzing world of recruitment. “The job was interesting but the ability to influence was about zero – it was heavily process driven,” she says. The consolation was a fantastic social scene with jugs of G+T at lunchtime for about £1”.

She was made redundant after four years, following repeal of the Exchange Control Act, and stumbled into recruitment, where she had an epiphany: “I joined Hays as a stop-gap following redundancy and within weeks had fallen in love with my job: Temp controller, Moorgate office – fast and furious finance recruitment”. Cooper was hired by industry legend Denis Waxman and recalls a different recruitment world to that of today: “There was zero compliance, no CVs, no PSLs. Basically, the Wild West. But so much fun and very lucrative.”

Cooper later took four years out to start a family and returned to Hays on a part-time basis, working three hours a day, but she soon reached a crossroads. “After three months I had made no money,” she says. Denis Waxman asked to see me and said it wasn’t working. I pushed for one more month and said if I hit my target we carried on and if I didn’t, we would part company. I doubled my target that month and the rest is history.” She enjoyed tremendous success as the only part-time consultant (and number one biller, then working just four hours a day!) later becoming regional manager in the UK. She never worked past 4 pm in order to be there for her children after school, even with eight branches to manage. She reflects, “I achieved a balance between career and commitment to my children. No mobiles, no emails but I could fill a job on my landline whilst peeling the spuds.”

After eight successful years with Hays, she made the move to Michael Page in January 1992 and whilst the early years of the recession were a challenge she grew Accountancy Additions successfully. She eventually led the London and South East Page Personnel Finance business, responsible for more than 100 staff and delivering a GP of £12m. Her nearly two decades at Page helped hone her obvious gift for business and leadership. “It was a tough environment which always challenged you to improve,” she reveals. I worked with some fantastic people and saw truly talented hires achieve their potential. My boss at the time had two rules; rule #1: work hard; rule #2 work harder"!”

It was in late 2011, as Cooper was enjoying her career success at Page, that Terry Benson (ex Michael Page CEO) called. He was chief executive at Morgan Hunt and said he needed a winner to lead the education business: “I met him at the office, walked in and felt the buzz, energy and passion pouring out of the walls and that was it. I loved running the education, housing and health divisions. Clients were so interesting and the people development hugely satisfying.”
Cooper hit the floor running and rapid promotion followed, first to managing director in 2013 and then to chief executive in March this year. She says, “The CEO role has come late in my career. It had never been my aspiration. I have however thrived under the responsibility. I have always known I could run sales teams but now I know how to run a business.”

“Know how to run a business”…talk about understatement! Morgan Hunt has grown rapidly, jumping from £66m turnover in 2013 to £92m two years later. Accolades have flooded in, including RI’s own Best Recruitment Company to Work For - £40100m in 2015, even as Cooper has faced significant challenges outside work: “Losing my father in September 2014 was very tough. I have also lost my mother in law, moved house (after 30 years!) acquired two more grandchildren (I now have 3 – Max 4, Ruby and Sophie, both 1), nursed my husband Steve through spinal surgery and had shingles! As they say ‘what doesn’t break you makes you stronger’.”

Perhaps as noteworthy has been the outstanding initiatives Morgan Hunt has delivered in terms of employee engagement and culture; significantly given talent attraction remains perhaps the key challenge to deliver growth for the industry. Cooper stresses, “We strive to create an enviable work culture. Our initiatives go beyond traditional recruitment engagement techniques. We have a five-strong marketing team with one person dedicated solely to employee engagement. The results have been impressive. There has been more than a 20% increase in headcount since 2014 and 50% female workforce with 46% female director representation. Remarkably, 56% of total hires are through referrals, with a 95% retention rate for such hires, while 73% of current managers joined without any recruitment experience!

Outside of work, Cooper is kept busy by her family. She and her and husband, Steve, (they celebrate their Ruby wedding anniversary next year) are proud parents to daughter Michelle (recruitment manager at Tesco) and son Richard (who has his own design business). She also juggles time between doting on her three grandchildren, spoiling Frank (her beloved shiatzu) supporting Arsenal and admits to a penchant for shopping!

Notwithstanding the profound changes disrupting the recruitment sector since Cooper first entered it – most notably over the past decade or so with technological advancements – she remains resilient. She declares, “Fundamentally, we are still a people industry and we are still as strong as ever as a profession. People need people, not algorithms, to help them make crucial decisions in their life.” Following the recent “Brexit” Referendum and continuing funding constraints vis-à-vis the public sector (particularly pertinent to Morgan Hunt), Cooper also sounds a note of hope amidst the inevitable current uncertainty: “Despite more than 30 years, three recessions and 360 instances of ‘what are we going to bill this month’ recruitment to me is still the best job in the world.”