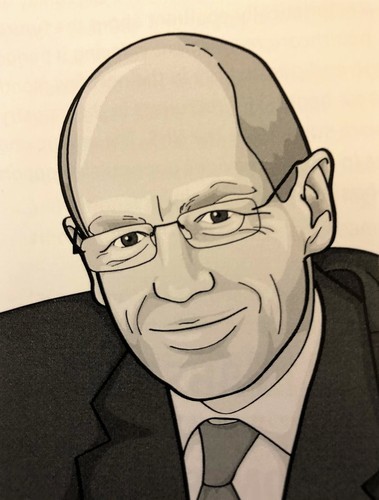 To launch our special series of interviews with the CEO’s/leaders within listed recruitment businesses this month we meet Steve Ingham, CEO of PageGroup (which operates three key brands: Page Executive, Michael Page and Page Personnel).

Steve Ingham is an impressive chap; exuding gravitas and commanding one’s complete attention from the moment one meets him. Something to be expected of the CEO of a business with more than 5500 employees, £513m in gross profit (2013) and 155 global offices, I guess. But the numbers are only part of the story; there is also the focus and passion of the man.

“I am proud to be CEO of PageGroup, which I consider to be the world’s most impressive professional recruitment company,” Steve says with relish.

Interestingly, Steve’s working life began in the world of science, far from the commercial vibrancy of recruitment.  “I completed my degree in metallurgy and material science at Nottingham University and joined Johnson Matthey as a graduate trainee. I soon decided that being sealed away in a science lab was not consistent with my personal attributes and so joined the sales and marketing department,” Steve explains.

He remained with the materials giant for four years and then through friends learned of an opportunity at PageGroup (formerly known as Michael Page International): “I realised that there was an entrepreneurial spark within me seeking a truly meritocratic environment in which to flourish. I secured an interview with Michael Page at a time when it was diversifying from its core finance market. I joined Michael Page Marketing and Sales as a consultant in 1987.”

The rest as they say is history. Within three years Steve was an operating director and was appointed managing director within marketing and sales by 1994. He then took additional responsibilities across the business and joined the board as executive director of UK in 2001. In April 2006, he was appointed CEO.

As he approaches his ninth year as CEO I ask him to reflect on some of the key themes of his journey to the top of a world class brand:  “I am particularly proud that as we tackled the twin challenges of scale and international expansion we have maintained a long term vision and adherence to core values,” Steve explains. “Whilst I was, and remain, very proud to be CEO of such a great business I am also particularly proud that I, like most of our senior leadership team, began here as a consultant.”

I asked Steve to elaborate on the way in which PageGroup has been able to develop such longevity amongst its top performers, particularly in a sector perceived to have high turnover.

“We ensure we have the best and most experienced home grown talent in each key role, and our team-based structure and primarily profit share business model is a cornerstone of this. As we expand organically and invest in a new area, we do so only with a long-term objective and in the knowledge that at some point there will be periods of economic slowdown.”

This approach clearly enabled PageGroup to traverse the 2008 recession as it had a very strong balance sheet (£138m in cash) at the time.  Indeed between 2009 and 2013 it saw its revenues climb from lows of £716m to over £1billion.
Its profit before tax hiked from £21m to £64m (excluding exceptional items).

The company’s long term vision has permitted it to expand in key international markets as it diversifies its footprint by geography and discipline. Steve sees significant opportunity in Greater China, South East Asia, Germany, Latin America and the USA.

I also ask Steve to comment on the nature of recruitment today and the view that some digital platforms may severely encroach on the sector:  “When I began there were pages and pages of roles in print media. Today, recruitment via print media is virtually extinct as use of digital and social media platforms have become universal, but it remains a channel, not a true alternative. In a world where the competition amongst employers for high quality talent is fiercer than ever, the need for expert professional recruitment partners is critical. Our culture of developing teams with deep expertise within a vertical ensures we are a partner of choice for employers nationally and internationally.”

Outside of his responsibilities as CEO at PageGroup, Steve is a non-executive director at Debenhams plc and also a member of the Corporate Partnership board at Great Ormond Street Hospital.