The Women Who Inspired Us

International Women’s Day - Celebrating the Women who inspired us

This year’s International Women’s Day is steeped in more relevance than ever. In the UK, we recently celebrated the 100-year anniversary of women getting the vote. And amid celebrating those courageous women sacrificing everything to ensure that we have a right to be heard, the Time’s up #MeToo campaign seems to be gaining momentum like never before. Once more there is a tension in the air and we sit in the midst of a major cultural change towards absolute gender equality.

As we fight to create history again, I have been taking a look at those women that have paved the way for us, as the Camino Women explore their historical idols. 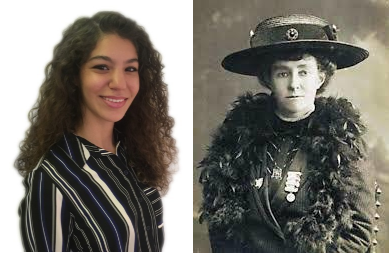 Emily Wilding Davison died 4 days after sustaining serious injuries whilst campaigning for our right to vote (and the last general election was actually on the anniversary of her death – which made it even more important for me to try get as many ladies to vote as possible!).

She is inspirational to me because she taught me, and many other girls, that we should never settle for what we are given by others (in this case obviously the men who made the decisions) but to go out there and fight for what is rightfully ours. #DontGiveUpTheFight – teaches girls to be strong and stand up for ourselves. Also, of course, she was willing to die to give all of us women a valuable right (to vote) that we take for granted today. 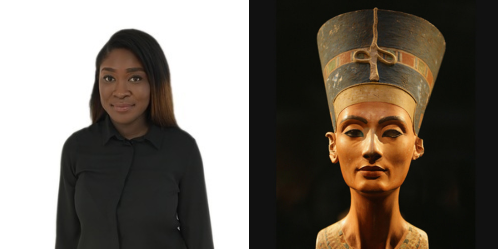 My inspirational woman is Queen Nefertiti.

Not just a beautiful Queen, she is the historic representation of female beauty. Nefertiti means “the beautiful woman has come” according to the 14th century rumours. Together with her husband Pharaoh Akhenaten, she created a new religion which displaced Egypt’s chief God Amon in favour of Ahten. Her presence and power made the couple a formidable force in Egypt. Nefertiti has been depicted as being more powerful than other Queen to rule in Egypt. Sometimes she was pictured with a crown similar to Pharaohs, to represent that her power wasn’t determined by her gender. She is an iconic symbol embodying female power and beauty. Despite her reign being very controlling and criticised as only being beautiful on the outside, she is a true symbol of power, and independence.

What is so striking about Nefertiti’s life and work, is that even though her likeness (derived from Thutmoses’s bust of her) is one of the best known and most frequently reproduced in the world and she lived at a time when Egypt was the most cultured and most powerful nations on Earth; remarkably little is known about her.

Boadicea was the Queen of a British Celtic tribe that had been allowed to self-rule after the Roman invasion. Upon the death of the King, the Romans withdrew the Celtic’s right to rule themselves. They also kidnapped and flogged Boadicea and her daughters (and much worse). In 61 AD Boadicea rallied her tribes, “win the battle or perish: that is what I, a woman will do; you men can live on in slavery if that’s what you want.” She, her daughters and her warriors rebelled; defeating the Roman Ninth Legion and destroying the capital city (Colchester at that point) along with London and St Albans. She eventually met with a fairly sticky end, but not without first being a complete badass and taking a few Romans down with her.

Boadicea inspires me because she’s the Xena Warrior Princess of British history, she was unwaveringly brave, and she inspired others to brave too. Plus, that girl could wield an axe.

Though popularised through the (GREAT) TV show ‘Vikings’, Lagertha was much more than Ragnor Lodbrok’s shieldmaiden wife. Described as a ‘skilled Amazon, who…had the courage of a man and fought in front among the bravest with her hair loose over her shoulders’, she was revered for her innovative battle strategies, saving the day on multiple occasions. Unlike many heroines, Lagertha was fortunately not betrayed by her heart, instead after quarrelling with her second husband, she saw to the end of him with a concealed spearhead and is reported to have ‘usurped the whole of his name and sovereignty; for this most presumptuous dame thought it pleasanter to rule without her husband than to share the throne with him.’

In a time, where the Church was spreading systematic oppression of women, Lagertha represents a woman who was not only admired for her strength and courage but her pragmatically ambitious mind…

So there you have it, as we take this day to celebrate women across the world and throughout history, we honour those badass females who came before us!

P.S This article is dedicated to Molly's goldfish, Boadicea, who in a tragic irony, passed away on the eve of International Women's Day.